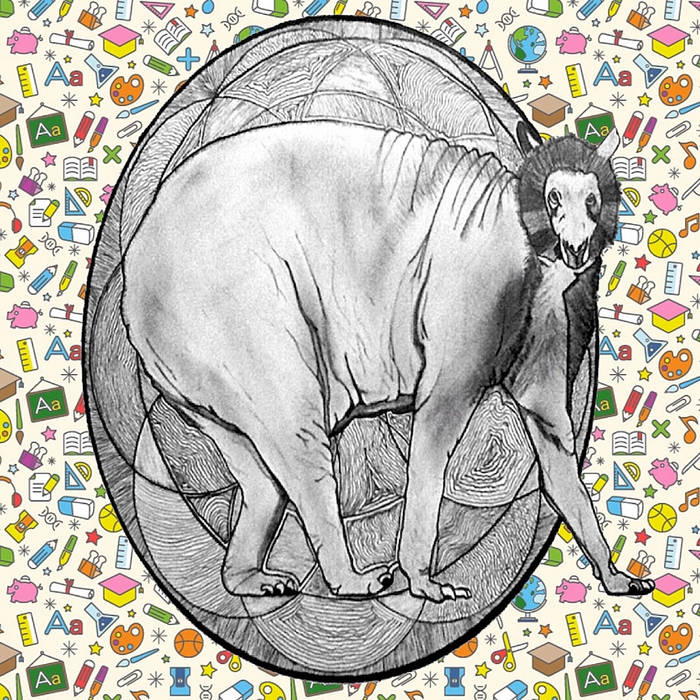 tldr: THIS IS AN ANTI-ALBUM. DO NOT LISTEN TO IT.

“Human beings, who are almost unique in having the ability to learn from the experience of others, are also remarkable for their apparent disinclination to do so.” - Douglas Adams

I am the only one who could ever reach Aretha Franklin (or Dusty Springfield for that matter; don’t get your knickers in a cyclone). As per, my father was a minister, though to his chagrin and my derision, the only (f)aith I’ve ever had was George Michael’s debut album. To wit, I recall receiving a rather aggressive thrashing after being caught attempting to transcribe the lyrics to I Want Your Sex, which I had taped to cassette from the radio, but I digress.

Though there were many challenges growing up with a take on reality that skewed Vulcan in world full of Kirks who were all too willing to volunteer anyone but themselves to be that week’s Yeoman Johnson, never to return from the surface of an unknown (spiritual) planet, invariably destined to be killed by the aliens, there are many memories that I hold dear, curious and curiouser though they still remain. One in particular is a series of rather beautifully gargantuan tomes called “Character Sketches From The Pages Of Scripture Illustrated In The World Of Nature” by *The Institute In Basic Life Principles*. 🥴 I suppose you COULD make this (S)ugar (H)oney (I)ced (T)ea up, but there’s no need on account of it’s double REAL. ¯\_(ツ)_/¯ The IBLP would (of course) later become the center of a civil lawsuit alleging a decades long sex-abuse cover-up involving several minors. Naturally, there’s been some dispute, on my part at the very least, as to just whether or not those Life Principles are in fact Basic, but again, I digress.

At any rate, decades before ASMR was a thing, my eyes would tear up and my skin would get all tingly listening to the dulcet tones of my father’s rich baritone regale me with passages from the text. I never paid attention to the scripture part though; I was fascinated with the animals. I wanted to BE one. What was it LIKE to be a Brown Myotis Bat? Were Great Plains Bison scared and lonely all the time like I was? Did Elephant Shrews dream of millipedes? What were Melanistic Servals *THINKING*??? More importantly, what did said thoughts *sound* like? We know for example that Prairie Dogs have an entire language (www.npr.org/2011/01/20/132650631/new-language-discovered-prairiedogese). Do they think in this language? 🧐

So what’s this then? Character Sketches is an anti-album. Do not listen to it. Think to it. Put it on and ruminate. Where’ve you been? Where’re you going? Y tho? It was designed to be played continuously, though the parts are available individually. Humans are the only animal that can contemplate its own death, even when there is no overt threat to life. Furthermore, we think in language, sometimes more than one. This feature (or flaw) in our OS, is the reason for/has caused, IMHO, the creation of both everything beautiful and All Things Horrid (I pitched All Things Horrid to NPR years ago and still haven’t heard back btw 😒). I wish you not to contemplate your demise when this is playing, on the contrary; THINK ABOUT YOUR LIFE.

Character Sketches was inspired by Animal Imagination. What are their actual thoughts? Do they imagine? Daydreaming can cost you your life in the wild. Blending field recordings of nature with found sounds, synth improvs and repetitive micro samples, intentionally simple, amorphous, and unobtrusive, each part is meant to represent the thoughts of an animal, humans included, in its environment. Not what the thoughts are about, the *physical* thoughts themselves. So don’t listen it. Put it on and have some you (ewe) time. Look out the window. Reflect. You know that thing when you’re driving on the expressway and you come to all of a sudden? And you’re like “Where TF was I for the last 20 min?” Do that, but stationary. Do it in a loveseat.

OR listen to it. I’m not the boss of you.