Running In A Dream 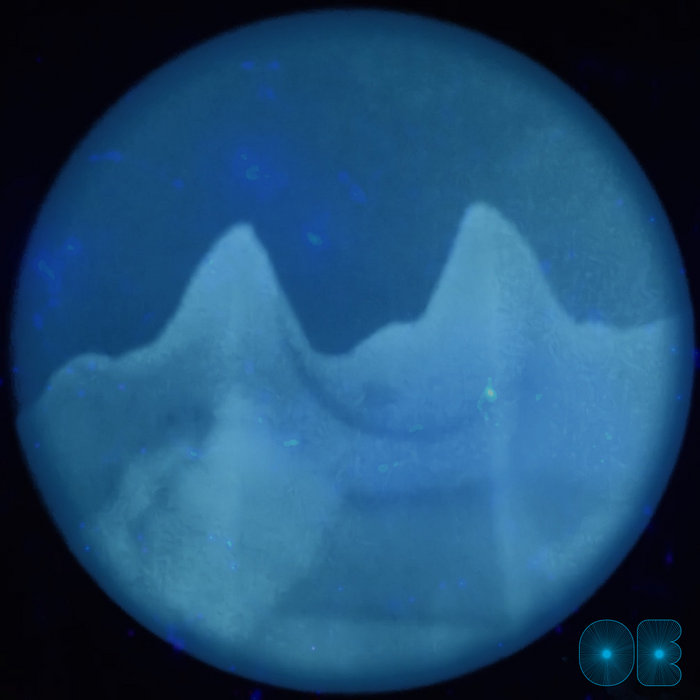 Angel Bat Dawid One of those albums where at the end you be like "Damn its over" An absolutely dreamy smoothie of piquant drones and cascading tones,,,a gorgeous masterpiece! Favorite track: Vermilionaire Caste.

“She drew her wheelchair to the edge of the shore/And to her legs she smiled, "You won't hurt me no more" - Jimi Hendrix

"Darling I've told you several times before, I have no dream job; I do not dream of labour." - unknown

“Who gives the orders here?” - The Dance Commander

“Remember, the man who sleeps on the floor…can’t fall out of bed.” - Martin Payne

“When you take that bus…you get there.” - Tone Def

If you’ve managed to still not get C*V*D, you’re a better person than I. Well maybe not a better person, but better at being a person? After getting that Omarion, even though I’m vaxxed on vaxxed + Lil Boosied, and noticing that it damn sure wasn’t “mild”, I’m partially, and by partially I mean entirely, convinced that perhaps I’m better off at just being a consciousness, as inhabiting a body hasn’t really worked out for “me”overall. Alas, I digress…kinda.

Why is consciousness so baffling? The most common contemporary understanding of consciousness is that it is an emergent property of the brain. A fringe element believe that is in fact fundamental, a sine qua non of existence. The idea being that it exists fundamentally in the natural world and bodies/beings “possess” it for a period of time. Others still think it reserved for the “sons of Adam” 🙄, and that animals may be conscious, but not sentient. I find the latter notions hard to swallow and even more difficult to digest. The truth, insofar as there is a such thing in matters like these, is that we don’t know how the neurons in our brains act to produce this phenomenon. We do not even “know” that anyone besides our individual selves are “real” (ask me about my solipsist’s support group later). All that being said, there’s a fair amount of data which suggests that you, the reader, exist.

Ever notice how amazing the plot/character development in dreams is? Like it’s never explicitly stated, but you somehow know that buddy with the body of a lamb and human hands was furloughed from his position as an esteemed Adjunct Professor of Booger Literature at the prestigious but pretty easy to get into University of Epstein-Barr at Pellucid (UEBP), which is why he’s at this bar located on the mezzanine level of the Information Action Ratio Grill & Taqueria, throwing back shots of hot bat milk with you. Luckily your teeth haven’t fallen out (yet), since nothing chases a hot bat milk shot like a claw fulla Bohnadz™️ (caramel covered deviled land-mantis eggs, they’re popcorn sized, and the bar on the mezzanine level of the Information Action Ratio Grill & Taqueria is known for theirs, they’re magically delicious but get stuck in your teeth, but thank the Supreme MotherFrAm3 Alice Coltrane that you have teeth, because trying to gum them down is both unsatisfactory and an easy way to score a one way ticket to the River Styx) and what’s more his flesh is your key to unlock the portal to Empera - Mountains of Duck.

Running In A Dream. What is that? Why do we all experience it in that very specific way? I’m hard pressed to think of anything less gratifying than the ground gained from dream jog. On a non-human level, and based purely upon observation of paw movement, it would appear that animals, at least mammals, also dream of running. Are they also mired in a soup of air, unable move past their movement but with twice the amount of feets? When crabs dream of scurrying, are they able to move forward freely, but find that their lateral ease has been dream seized? Don’t even get me started on octopodes.

Supposedly, running in a dream can mean that one is unwilling to accept reality, is anxious, has some fear in their waking life, may be feeling powerless in a situation, or signify a lack of self-esteem and/or self-confidence. 😒 Which is to say…they/you/I/we suffer from THE HUMAN CONDITION. To put it another way: duh. It may also simply reflect your actual state of REM paralysis while in the dream state.

The more important question is y Tho? It’s not like we “learn” how to dream from our parents or siblings. I’m almost certain zero people, except maybe the Chaplin Twins (look them up if you’re unfamiliar, or don’t, it’s your life) have ever seen someone else’s dreams. We’re here and then boom goes the dynamite. HOW have all brains gotten together and agreed upon the cinematography, frame rate, and emotional color of running in a dream?

So what’s this then? Running In A Dream is the second in a series of what I call anti-albums, the first being last year’s Character Sketches. Anti-albums are not meant to be listened to per se, instead they are an “aural environment” in which to think about life. They’re meant to be played on repeat whilst ruminating upon this mortal coil. Your mileage may vary though, so Doowhutchyalike (RIP Shock G), I’m not the boss of you. RIAD is an electroacoustic work, made with organismic synths, lofi samplers, bows, contact mics, cassette delays, overdriven optical spring reverbs, and various and sundry bits of kit. The goal was to compose physical sound and/or muscular drones. Designed as set design for the play in your mind, inspired by the nocturnal emotions 😏 felt when running in a dream, as well as the spillover that can affect waking life. Running In A Dream is a “vertical” album. Almost entirely devoid of melody, the drones “concentrate” on timbral and dynamic shifts utilizing feedback and overtones as opposed to linear (melodic) storytelling. The pieces only have beginnings and endings because we sleep, we dream, we wake (if we’re lucky). There are no notes that the brain expects the prior notes to resolve to. With a few exceptions, oscillations occur up and down, not back and forth (this isn’t really true, but I’m trying to paint a word picture here). This is an attempt simulate the environment of the oddly universal sensation of running in a dream, where despite your best efforts, progress towards your goal, or away from what’s chasing you, seem to be a chimera. Still movement, like slow static on a screen. Illusorily kinetic scalar quantities. Ice skating uphill. A sisyphean exercise. A place where every space is liminal. Or something like that. ¯\_(ツ)_/¯

***if you’ve made it this far, and for you, running in a dream is exactly like running in reality, please skip directly to ƃuᴉuunɹ uᴉ ɐ ɯɐǝɹp. we’ve been waiting for you***