Abyss, You Are My Mother 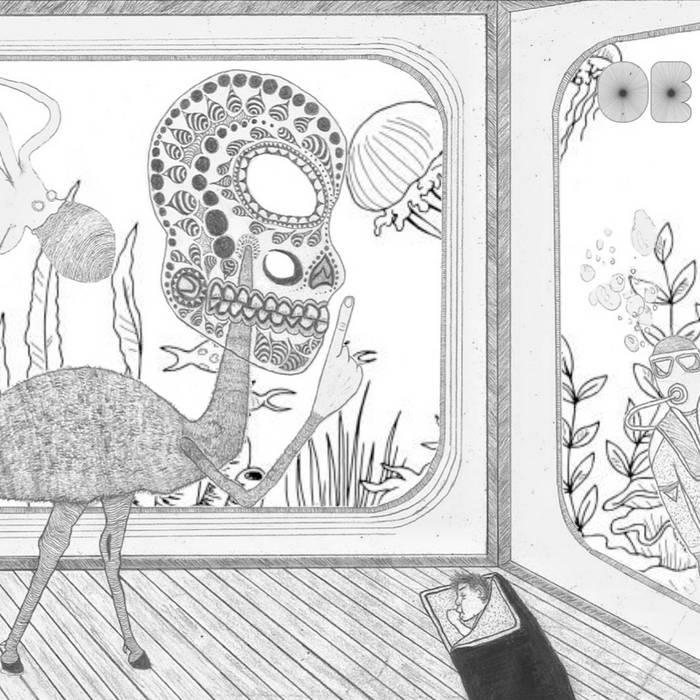 The cyclical nature of the material world consistently leaves my flabber gasted. Though I would consider myself both learned and moderately well read, I couldn’t know less.

The first record I ever sampled was called “Hymm of the Seventh Galaxy” by Return To Forever featuring Chick Corea. I chose it 49% because of the cover art. The remaining 51% was owed to the awe struck within my pubescent thorax by the words “Return To Forever”. This summer will be my 44th, and while I continue to be nonplussed by jazz fusion as a genre, the notion of returning to that from whence you came, which evidently shares the perpetuity of parallel lines, sticks in my philosophical craw, but in a good way, like a tasty morsel of bacon retrieved from the gap 'tween your side teeth to be enjoyed later.

Musically, I have no idea what I’m doing. I mean, I kind of know how to do what I do, but I could never Bob Ross it to you. It’s not real, but it’s a feeling. I’d fail even miserabler at trying to convey that feeling to anyone with the great fortune of not existing twixt my temples, but I’ll say this much: there, is an abyss.

As I sincerely hope this is my last Bandcamp Friday release (99% because I hope we can remove our collective heads from our tookuses and not enter a fourth C*V*D winter where a [now gaming conglomerate?], feels the political capital gained by “supporting artists directly” is worth the lost revenue for 24 hours and 1% because although no one has asked, let alone put a gun to my head, but nevertheless I’ve felt obligated to, and not unlike a fraud if I don’t, release an album for each one, but also it is not lost on me that I've stated that multiple previous releases would be my last, so you're justified in taking this with a small mound of NaCl) I’ll explain the above. I used to babysit my oldest niece, Kierra. If you hadn’t noticed, I’m a bit of an odd mallard. Words have always amused me, and I’ve always used them to amuse myself. Around the time she was learning how to conjugate action words, I had taken to calling a television remote control a “converter.” For whatever reason I found it privately (read publicly) hilarious to think of a little handheld doodad as being responsible for converting one channel into a another channel. I also used to (read still do) imagine an analog process of “converting” for example Rap City into Days of Our Lives, but I digress. At any rate, one afternoon I asked Kierra to pass me the converter, and she looked me dead in the face, and replied with the indignance of all three of her lived years, “This that is not.” Again, thorax significantly impacted by an awe-bullseye. At 19 years of age I'd stumbled upon what continues to be my artistic mission statement: what I do mustn't be what they do.

So what's this then? Abyss, You Are My Mother is a return...to forever. Too Forever. 2 Forevers. The first album I released on Bandcamp, in 2013, was and is called Owe. It was my divorce record. I was in an incredibly low place, but didn't want to lean into it by making some angry/bitter/love-is-lost/quasi-misogynistic/better-off-without-you type screed (although I did sonically lick my wounds by playing Ghostface Killah’s ‘Wildflower’ on repeat supplemented with unhealthy dosages of Beck’s ‘Sea Change’ album, ‘Lost Cause’ in particular.) Besides, I was plenty busy becoming infatuated with an unavailable and unrequited inamorata. Instead I tried to make something gentle and pretty in an attempt to jedi mind trick myself out of the hole I'd found myself buried in. It didn't really work, and as I was just getting into synths and mixing, I’m not particularly fond of it, but I've left it up because it was and is an honest document of where I was at the time, both musically and mentally. Similarly, when I made the first of these monthly albums, Sirius Bismuth, I thought I was upon my deathbed, so I chose to make album for something I was unable to do: dance. DANCE I SAID (for the proper effect, please read/hear that last sentence as the voice of Hurby “Luv Bug” Azor on Salt-N-Pepa’s 1986 smash ‘Push It’.) These days I'm mostly known for my dancy-er work, for which I'm grateful, but, like, ashes to ashes, dust to dust and shit, ya know? Here lies (floats?) yet another document of my coordinates in the ether. I am struggling, and this time I've chosen to embrace that truth. For an eternity, prior to being born, we are NOT. We do not exist prior to existing. So shall it be when we leave this mortal coil. Again. NOT. A higher state of entropy will welcome us. It has been on my mind of late that relationships follow a similar trajectory. Like golden ratio spirals manifested in rectangles born of Fibonacci sequences, like subatomic particles that pop in and out of existence, like electrons in a wave function: everywhere at once. Thusly, Abyss, You Are My Mother, and one day I shall return to you.

Ta for now. I love you all madly. Were it not for you, I'd know myself less.